What is the Canadian ELD mandate?

The Canadian ELD mandate was announced on June 13, 2019, by the Canadian Minister of Transport Marc Garneau and will get into effect on June 12, 2021. The ELD mandate will require bus drivers and commercial vehicle operators to use an electronic logging device (ELD) to capture hours of service instead of manually recording on a paper log. Implementing the ELD mandate will help develop a secure work environment for drivers, develop clearer cross-border relations, and create an easier system for tracking and managing records of duty status (RODS).

Canadian ELD mandate aims to increase road safety and save lives by preventing crashes and reducing driver fatigue. The ELD Mandate will also help in saving billions of dollars in paperwork expenses. The regulation is projected to result in a wide range of benefits, with an expected annual value of $ 55 million.

The clock is ticking on the highly anticipated Canadian ELD compliance deadline. This regulation involves the use of ELD (Electronic Logging Devices) by Canadian commercial vehicle drivers or carriers who are currently maintaining paper logs with a few exceptions. ELD implementation will provide significant benefits to the drivers and motor carriers, including improved safety, saving time, money, and more. Below is a guide on what is Canada ELD mandate, and its compliance deadline. Additionally, it will show who it affects and is exempted, and how it differs from the United States ELD mandate.

When are electronic logs mandatory in Canada?

On December 16, 2017, the Government of Canada made a publication in Canada Gazette part I: Volume 151, No. 50 on the intended amendments on the commercial vehicle drivers HOS regulations.

On June 13, 2019, Transport Canada announced the final ruling for ELD use for bus operators and commercial trucks operating in Canada. The rules stated that the use of ELD is compulsory for all commercial motor vehicle drivers who are currently required to maintain paper logs. The electronic logbook device date is set to take into effect on June 12, 2021. 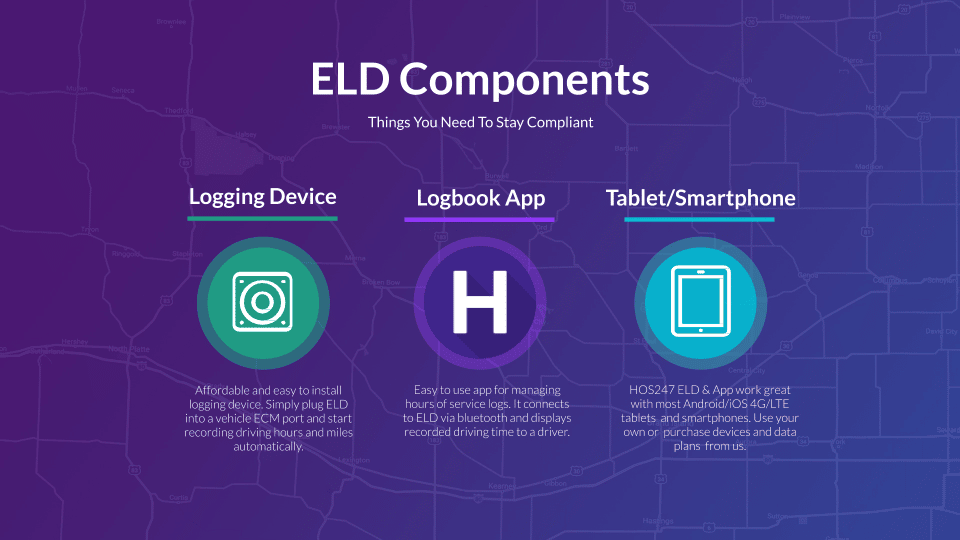 Originally, Transport Canada had included a 2-year grandfather period that allowed ELD mandate deadline extension to fleets using e-logs to switch to ELDs. However, in the recently published regulations, the extension that was to be granted for the Canadian ELD mandate has been eliminated. Therefore, it means there will be no extra time allotted, and all fleets must switch to using ELDs by the enforcement date.

The reason given is that the overall procedures for updating to comply with the Canada ELD compliance deadline are not as cumbersome as it was initially assumed. It is even possible for carriers to upgrade their existing electronic devices using updating software instead of replacing the whole unit. The carriers owning ERDs should consult their current providers to confirm the upgrade requirements.

What is an ELD

An ELD or electronic logging device refers to a certified device that automatically records the driving time and duty status of commercial motor vehicle drivers. The device is usually synced with an automobile engine and electronically records the miles driven and the movement of the drivers. The ELD tracks HOS compliance, which mandates both the trucking companies and drivers to adhere to laid out rules for the health and safety of the people who use the roads. It also removes illegal manipulation and recording errors of driving hours. 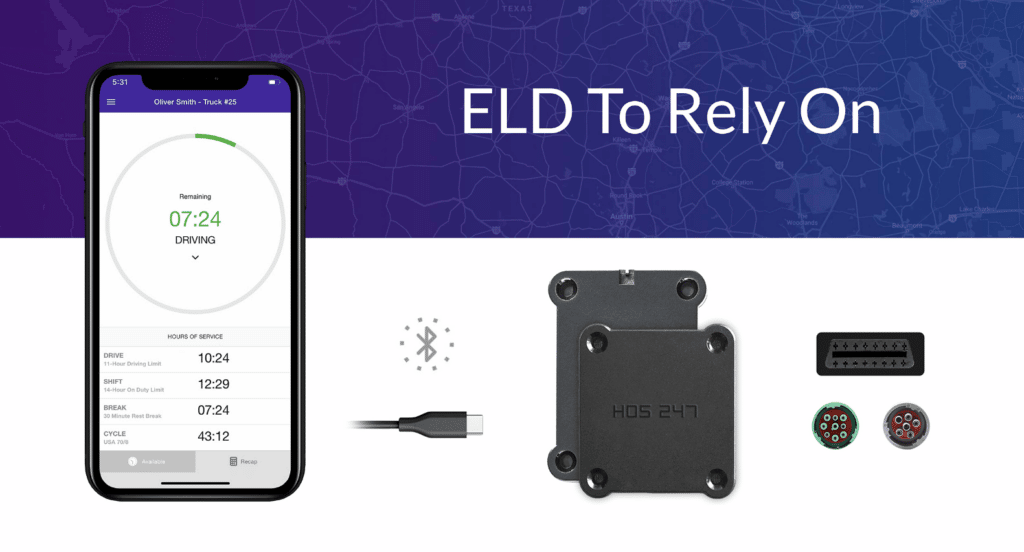 Who is affected by the Canadian electronic logbook Mandate?

The Canadian electronic logbooks dates apply to federally regulated carriers. That accounts for almost 157,500 Canadian motor carriers and drivers who are currently needed to maintain paper logs with a few exceptions.

The Canada ELD mandate provides some exceptions from commercial motor vehicles’ requirement to be equipped with a certified ELD device. There are four main exceptions as described below.

#2. Vehicles on a rental agreement of no longer than 30 days: All commercial vehicles that are put through to a rental agreement abiding for thirty days or less. If that is not a renewal or extension of the same vehicle’s rental, they do not need to follow the ELD rules.

#3. Under permit: All motor vehicles operated under a permit from a territorial or provincial hour of service director are also exempted from the ELD mandate.

Although the Canada Electronic Logging Device (ELD) mandate has some similarities to the current United States ELD mandate, the two regulations also differ. Here are some of the major differences between the Canada ELD mandate and the ELD mandate.

The Canadian and U.S. regulations on ELD also vary in how the two countries approach off duty status.  In the U.S., a driver is supposed to take a thirty minutes break after they continuously drive for eight hours. On the other hand, Canadian regulations allow more flexibility as the truckers have 16 hours to complete their work and dedicate two of those hours to off-duty time. The drivers can either divide the two hours into 30-minutes periods, two single hours, or take a break of complete 2-hours at once.

Another difference in their off-duty status approach is that the U.S. strictly requires carriers to take 30 -minutes off duty time after every eight hours of movement. While in Canada, off-duty time is not compulsory. Drivers can defer their unused off duty time to the following day.

The United States and the Canada ELDs mandate also differ in how the devices transfer data. In Canada, drivers will be required to electronically transfer hours of service (HOS) directly to the officers using emails to a centralized address. That will reduce ramp-up time and ensure more streamlined inspections.

However, in the U.S., the hours of service are conveyed to ERODS, a data repository, through four distinct transfer methods, including email, USB, Bluetooth, and wireless web services. The ELD providers must support at least two of these methods. From the ERODS, DOT officers can access all the data they require for inspections.

Another key difference between the ELD mandates in these two countries is the third-party certification. The Canadian ELD mandate requires all ELDs to be third party certified before they hit the market. That streamlines the certification process, limiting the number of ELD providers to eliminate the availability of non-compliant ELD devices in circulation.

On the other hand, in the U.S., the ELD is self-certified. They should meet the requirements of the manufacturers and then register with the FMCSA. The U.S. carriers need to conduct their search on the right ELD supplier while knowing that their compliance will rely on the ELD supplier they choose.

In the U.S., if the electronic logging device fails or malfunctions, the driver can record the hours of service manually on a paper log for at most eight days. In contrast, Canadian drivers can use paper logs in the event of the device’s failure for a maximum of 14 days.

The grandfathering period refers to the period granted to people and entities to follow the old regulations before fully implementing the new rules. In Canada, Transport Canada had originally announced a 2-year grandfathering in a Gazette published in December 2017. Later on, the transitional period granted was eliminated because the upgrades can be done quickly. That means all carriers using ERD must have transitioned to ELD by June 12, 2021.

In the U.S., the FMCSA granted a 2-year grandfather period ending December 16, 2019, to all carriers using ERD (Electronic Recording Devices) to transition to ELDs.

#7. A record of the driver’s remaining time and special cases

The Canadian regulation requires an electronic logging device to display to a driver the total amount of remaining driving time either in minutes or hours before the next break. Also, an ELD must support the HOS regulations, such as deferral of off-duty, hostile driving conditions, and many others. That is not the case in the United States regulations.

0n 12th June 2021, this will be the effective date on which Canada will fully implement the ELD mandate. It will involve a transition of all commercial vehicle operators and bus drivers from recording their hours of service manually in a paper log to using electronic device logs. Although there has been a request from the affected parties for ELD deadline deferral, the department of transport Canada has repeatedly stated there is no intention of extending the ELD compliance deadline.

Therefore, it is the responsibility of the Canadian trucking industry to acquire the ELD ahead of the compliance date. HOS247 offers one of the best ELD solutions on the market for large carriers and small owner-operators to stay compliant in both Canada and the United States. 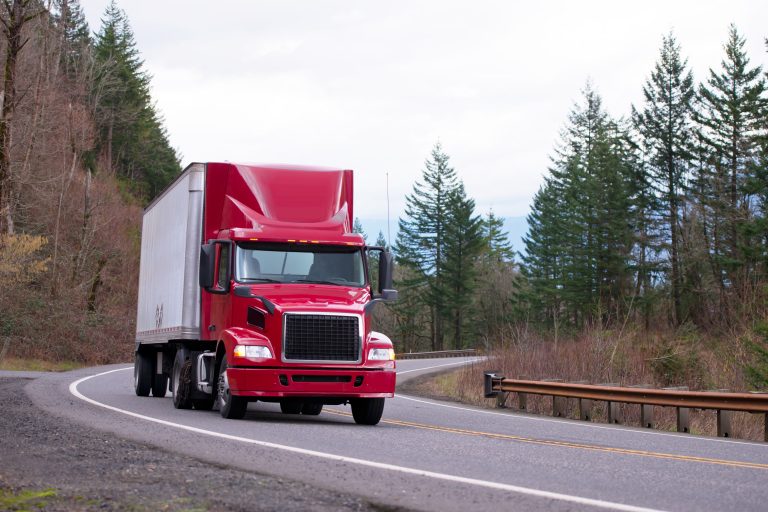 The electronic logbook law is another term for the ELD Mandate, which is a Transport Canada new elogs law requiring certain commercial motor vehicle drivers to use electronic log devices (ELDs or elogs). This new law on electronic logs shouldn’t 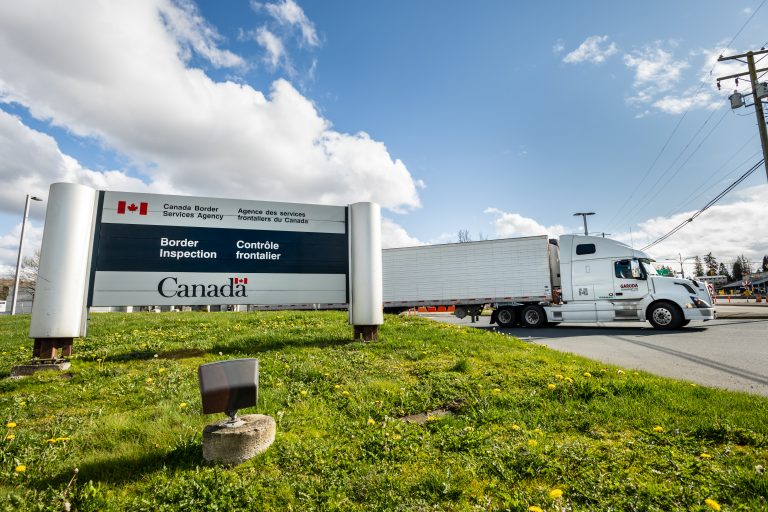 For truckers and trucking companies operating in Canada, the rules on how hours of service are to be collected and logged are changing. From June 21 2021, all commercial drivers in Canada must comply with the rules mandating the use 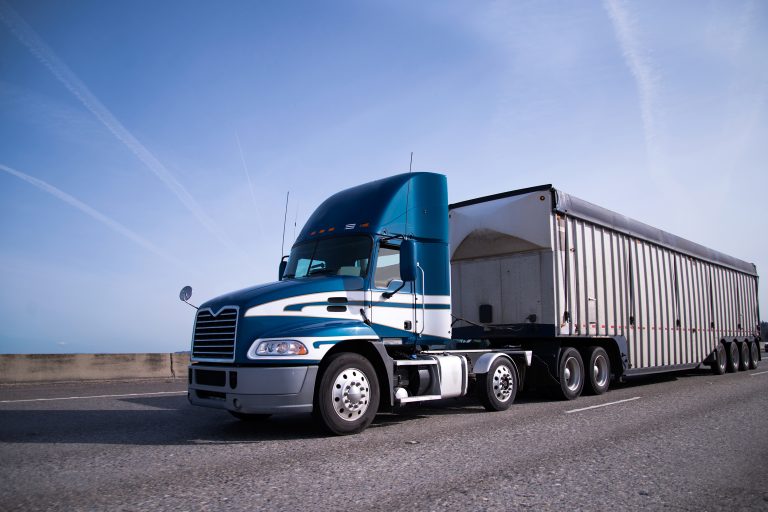 HOS247 is the ultimate provider in Canada of all your needs to run a trucking business or just a truck: Hours of Service ELD solution for fleets and owner-operators, GPS fleet tracking, vehicle maintenance and more. We work hard to