Besides helping drivers and carriers meet e-log compliance with the rules set by the Federal Motor Carrier Safety Administration (FMCSA), HOS247 is a top-rated DOT electronic logbook provider and is highly trusted by the fleets and owner-operators that use it.

The benefits of trusting HOS247 to help maintain electronic logs are many and include:

Electronic logs are mandatory for commercial drivers who are under the requirement to log their hours-of-service (HOS) records-of-duty-status (RODS), including commercial buses and trucks. Drivers who are domiciled in Mexico and Canada also need to use ELDs. According to FMCSA estimates, approximately 3.4 million drivers will fall under the category of those who need to use electronic logs.

Even interstate commerce drivers must log their RODS if their vehicle:

There are exceptions to the RODS requirement, however, if the driver:

It is important to note, however, that even if exempt, a driver still needs to log their start and end times. Therefore, utilizing full RODS is a best practice for organized, safety-conscious fleets.

When the ELD mandate was first written, the FMCSA set a timeline in place by which drivers and fleets needed to ensure compliance. By now, all drivers who don’t meet the ELD exemptions need to be compliant. Below is the full timeline:

What Is the Carrier’s Responsibility in Ensuring That They Are Using a DOT-approved Electronic Logbook App and Device?

While CMV drivers need to ensure they are using DOT electronic logs, the carrier also has a responsibility to periodically check the FMCSA’s registration and revocation lists. The registration list is periodically updated to show the ELD providers who have recently met the ELD requirements set forth by the FMCSA. In contrast, the revocation list shows the ELD providers that no longer meet the requirements. In an effort to make it easier for carriers to ensure their ELD is still compliant, they are encouraged to register for notifications from the FMCSA that mention when an ELD has been added to the revocation list.

In addition to checking the registration and revocation lists to make sure their choice of ELD provider is still compliant, motor carriers must also keep their ELD RODS and backup-data for six months. This data must be kept on a device that is separate from where the original data is stored and in a way that protects driver privacy.

When choosing an ELD provider, carriers and drivers cannot make the mistake of simply choosing one that is the lowest price without first doing their research. Carriers that have made that mistake often come to realize that they’ve chosen an unreliable ELD solution that fails to offer support for their drivers and eventually ends up on the FMCSA revocation list. In contrast, carriers that have chosen HOS247 have benefited from reliable support and training, and a consistent presence on the FMCSA registration list.

In addition to helping drivers and fleet managers meet e-log compliance, HOS247 also helps them determine whether they meet any one of the four HOS exceptions: the 30-minute Break Exception, the 16-hour Short-haul Exception, the Adverse Driving Conditions Exception and the Direct Emergency Assistance Exception. 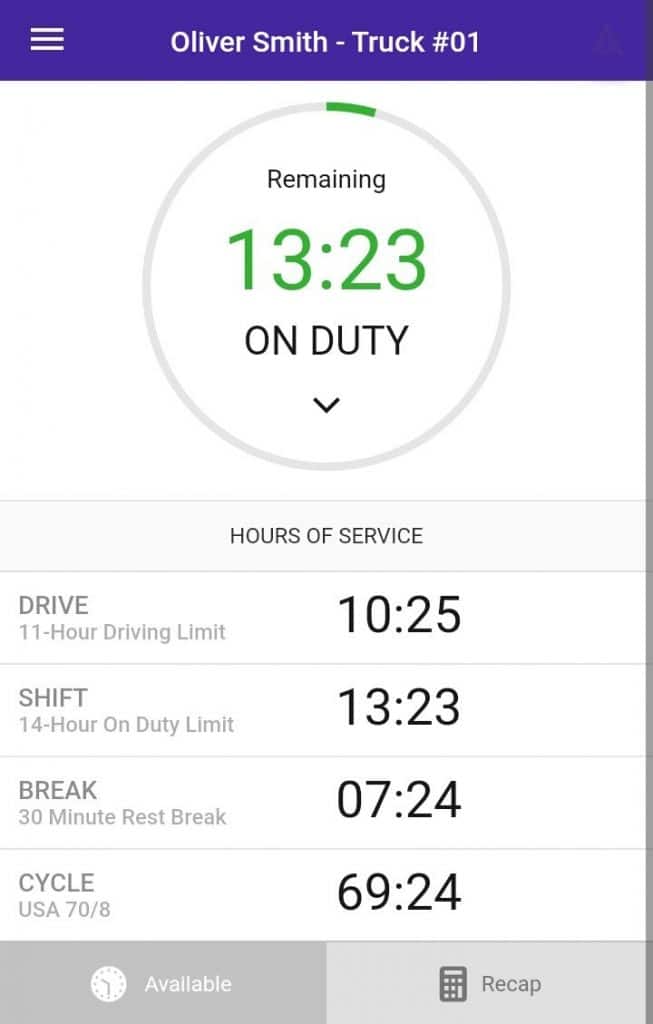 This exception states that a property-carrying driver can lengthen their driving window to 16 hours from 14 hours once every seven consecutive days if they:

This exception states that a driver can lengthen their driving limit by two hours if they lacked any way of anticipating poor driving conditions or weather before starting their route. Examples include when the weather makes an unpredicted change or an unpublicized road closure occurs. Traffic delays and forecasted weather conditions, however, would not qualify for this exception.

If conditions meet this exception, drivers who are normally allowed to drive a maximum of 11 hours per shift would be allowed to extend it to 13 hours, as long as they complete the 13 hours within a 14-hour time slot.

HOS regulations sometimes need to be temporarily lifted when an emergency occurs. However, state and federal governments need to declare the emergency in order for drivers to complete their shifts without violating FMCSA regulations, as long as their shift could have reasonably been completed if the emergency never occurred.

HOS247 Helps to Avoid Costly Violations at an Affordable Price

Nearly a third of drivers are put out of service because of HOS violations. HOS247 helps drivers and carriers avoid these and other types of violations. Following are some of the most common violations and how to prevent them.

How Can Drivers Avoid These Violations?

Drivers can easily avoid these violations by using an FMCSA-registered electronic logging device. Of the many benefits they offer, an HOS247 ELD can alert drivers when there is a risk of an HOS violation before one occurs.

HOS247 has long been a trusted source for FMCSA compliance among both drivers and fleets. While other ELD providers have come and gone, HOS247 remains a top-rated, highly trusted ELD provider for fleets of all sizes. Unparalleled support, intuitive dispatch features, customizable pricing options and easy-to-use hardware are just a small sampling of the benefits to using a HOS247 ELD. However, those benefits hardly compare to the confidence that a fleet will be safe on the road and protected from costly FMCSA and DOT violations. 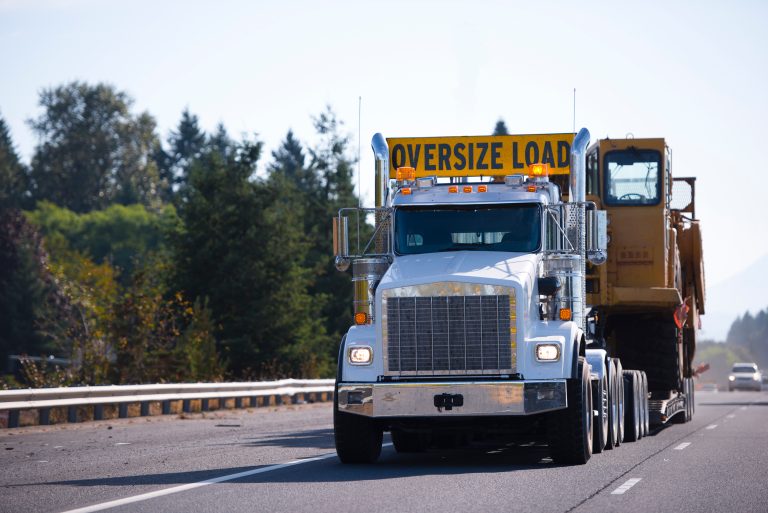 The Federal Motor Carrier Safety Administration (FMCSA) issued the ELD mandate in an effort to improve driver safety, as well as the safety of everyone else on the road with the drivers who have to use ELDs (electronic logging devices). 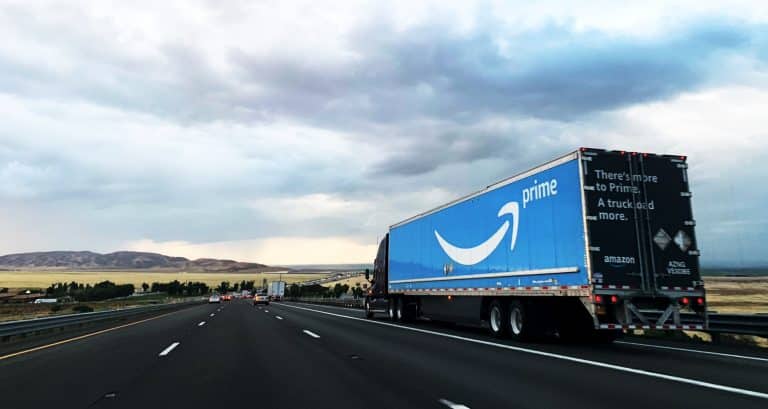 ELD devices are essential to truckers and carriers in order to follow federal and state rules. The ELD Mandate is now in full enforcement, and most drivers and carriers must follow it. HOS247 services and technology help drivers, owner-operators, and 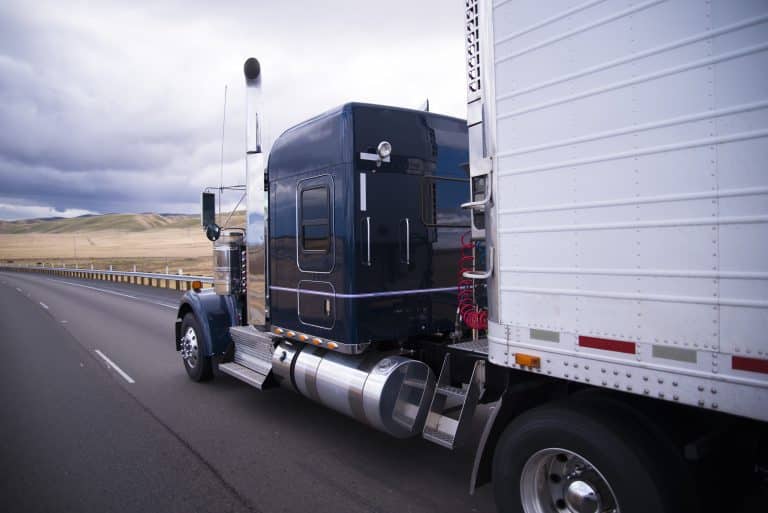 Many companies wonder what they can do to improve the bottom line for their business. There are the obvious budget cuts like cutting discretionary spending, but what about alternative solutions like managing your fleet more effectively? Fleet vehicle tracking could